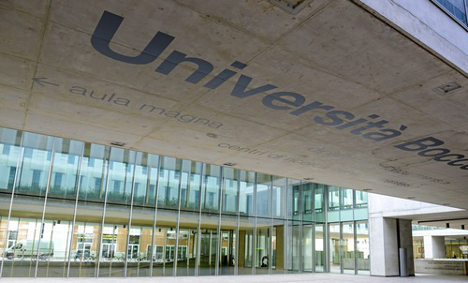 Martina Levato, a student at Milan's Bocconi University, is currently on trial for an alleged acid attack. Bocconi photo

The pair have also been charged with robbery and holding stolen goods, and in addition are being probed over similar attacks.

In a separate incident, Levato is said to have arranged to meet another Bocconi student, with whom she also had a relationship, in a car close to the university in May last year.

There, she is said to have lured him into the back seat on the pretext of having sex.

She then allegedly told the man to close his eyes as she had a surprise for him, Ansa reported, before pulling out a knife and stabbing at this crotch.

The man escaped with some cuts to his hands as he tried to defend himself.

Levato is also accused of slander for allegedly telling people that he had tried to attack her.