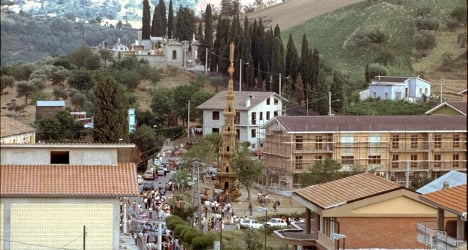 The move by Mayor Angelo Lanza comes a week after an elderly man was hit by a car on a poorly-lit road in Flumeri, in Italy’s Campania region.

The man’s death was the latest in a series of accidents on the town’s Statale 91 road, where there is also a hotel hosting 44 asylum-seekers from African countries.

Under Lanza’s order, the asylum-seekers must now wear a high-visibility jacket when they go out in the late afternoon or evening. The measure does not apply to local residents, Corriere del Mezzogiorno said.

Despite the distinction between Italians and foreigners in the town, the mayor said he “had never thought of enacting a discriminatory measure”.

“The order that I signed only had the aim of avoiding a repeat of the increasingly frequent accidents on this street, some of which have recently had tragic consequences,” he was quoted in Corriere as saying.

“Not being Italian, they don’t know the rules of the road,” such as making yourself visible to drivers, Lanza said.

The mayor had previously implored the local cooperative supporting the asylum-seekers to take more care on the road, a plea which reportedly fell on deaf ears.

Attempts by Lanza to get provincial authorities to improve street lighting also went unheeded, he said.

Lanza was not immediately available for comment when contacted by The Local.