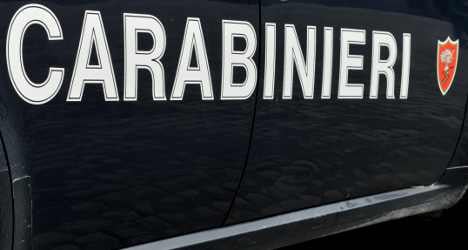 The public prosecutor has opened an investigation into the explosion. Photo: Rosie Scammell

One person was killed and 13 others injured in the explosion at the block of flats in eastern Rome, Tgcom24 reported.

Firefighters found the body of a 50-year-old man in a windowless bathroom, in the apartment above the explosion. Two people threw themselves out of windows to escape, an eyewitness told the news site.

The force of the early morning explosion was so strong that four cars parked outside the building, on Via Vito Giuseppe Galati, were also damaged.

The fire service ruled out a gas leak as the cause of the explosion, with authorities instead focusing on an open petrol cylinder discovered in the apartment.

An 82-year-old woman was recently evicted from the flat, which was empty at the time of the explosion, Tgcom24 said.

A note was reportedly found on a car outside the building, reading: “You won’t enjoy the home because you’re thieves.”

The public prosecutor has opened an investigation into the explosion and police are currently searching for the elderly woman.