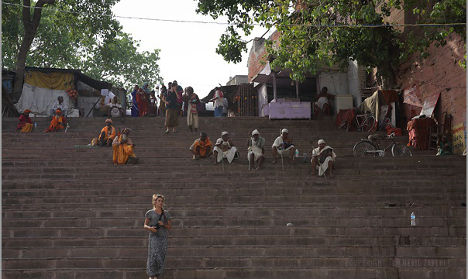 The court in Delhi has ordered the immediate release of 30-year-old Tomaso Bruno, from the Ligurian town of Albenga, and Elisabetta Boncompagni, 40, from Turin, Corriere reported.

They were jailed in February 2010 after being found guilty of murdering their travel companion and Boncompagni’s boyfriend, Francesco Montis, a 30-year-old from Sardinia.

The three, who all lived in London at the time, were on a month-long holiday when Montis was found unconscious in a hotel room they shared in the Indian city of Varanasi, Corriere reported.

Bruno and Boncompagni said that on the morning of his death, they had gone to visit the Varanasi ghats, a series of steps that lead down to India’s holiest river, the Ganges.

When they returned to the hotel, they said they found Montis unconscious and took him to hospital. But he died on the way.

Although Bruno and Boncompagni have always maintained their innocence, Indian magistrates accused them of having an affair and killing Montis in a "crime of passion".

A letter from Montis' mother, who did not believe her son was murdered, revealed that he had health problems. Bruno also admitted that the three had taken drugs during the trip.

Mancini is currently embroiled in a diplomatic row over the case of two Italian marines detained in India for the 2012 murder of two Indian fishermen.