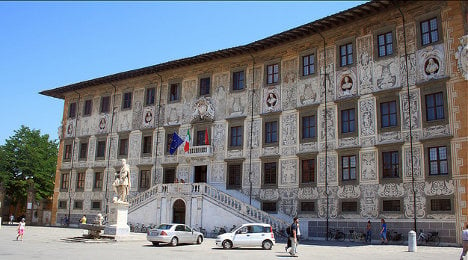 The student, who had enrolled in a physics course at the Tuscan university for the equivalent of a PhD, was forced to move back to Turkey in December, it emerged on Tuesday, according to news agency Ansa.

The unnamed man, who started the course in November last year, allegedly posted anti-Western messages on a blog and on websites monitored by Italian police.

Ansa reported that police from the Pisa unit of Digos, Italy's anti-terror squad, carried out a search of the man's home where they found evidence supporting their suspicions. The deportation order was immediately carried out and the student was arrested and taken to an immigration detention centre (CIE), before being repatriated.

The school then sent a formal notification to the student, saying he could no longer study at the institution.

The repatriation occurred just one month before the terror attacks in Paris in which 17 people lost their lives.