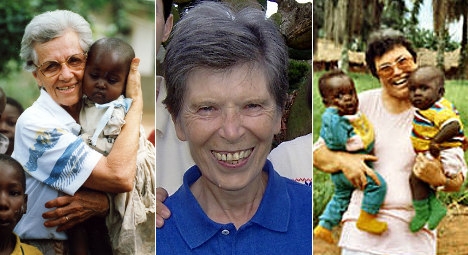 Bob Rugurika, director of the popular independent Radio Publique Africaine (RPA), was arrested for "complicity" in the murder the three elderly women, killed in twin attacks in the convent in September, his lawyer said.

RPA, which has earned a reputation for its crime reporting, broadcast the alleged confession of a man who claimed he killed one of the nuns.

Rugurika, who faces up to 20 years in prison if found guilty, was charged with complicity in the murder after police demanded he deliver the man who confessed to them.

"He replied he had no authority to hold or deliver people," but had only done his work as a journalist, his lawyer Lambert Nigarura told reporters, criticising "the lack of independence" of Burundi's legal system.

The confession broadcast by RPA radio contradicts police who arrested a man they said had also confessed.

Burundi, a small nation in central Africa's Great Lakes region, emerged in 2006 from a brutal 13-year civil war and its political climate remains fractious ahead of polls in May and June.

Burundi's last elections in 2010 were boycotted by most opposition parties, and opponents are again accusing the ruling party of eliminating dissent.

President Pierre Nkurunziza, in power since 2005, is expected to run for a third term in office despite opponents' claims that a new mandate would violate Burundi's constitution.