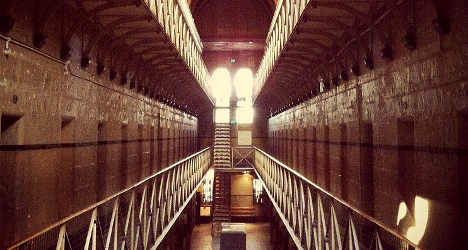 If enacted, it would overturn a 2007 law banning agents from the country’s prisons, considered by the intelligence service to be hubs for Islamic fundamentalist radicalization and recruitment, Ansa reported.

Other draft measures include sentences of up to ten years for would-be jihadists, confiscating the passports of terror suspects and setting up a national anti-terrorism committee.

The package, which will be considered by the cabinet on Wednesday, comes in the wake of the Paris attacks earlier this month in which 17 people died.

Interior Minister Angelino Alfano said on Monday that nine foreigners had been deported since December as part of efforts to prevent jihadist attacks, with more expulsions to follow.

Five Tunisians, a Turk, an Egyptian, a Moroccan and a Pakistani were expelled, Alfano said, adding that he was "sure other expulsion orders will follow".

He also said more than 100 people were being closely watched on suspicion of sympathizing with or plotting to commit "jihadist, terrorist activities".

Security has also been raised to its highest level since the Paris attacks, including at "sensitive places" such as the Vatican, embassies, monuments and places of worship. More stringent checks are also being carried out at the country’s airports and borders.

Last Sunday, a Pakistani man was removed from an easyJet flight to Britain minutes before take-off in Rome after it was discovered he was travelling on a fake passport.

The man, who is awaiting a decision on his request for political asylum in Italy, was later released and charged with with possession of false papers but police did not believe he was linked to any plot, as initially feared.

Meanwhile, a 30-year-old Albanian man was arrested on Thursday at Catania airport in Sicily after police found photos of him holding a Kalashnikov automatic rifle after searching his bags.

He was found with false documents although managed to pass through security with a boarding pass for a flight to Bucharest, but was also carrying an airline ticket for London, as well as a boarding pass to the English capital, Ansa reported.