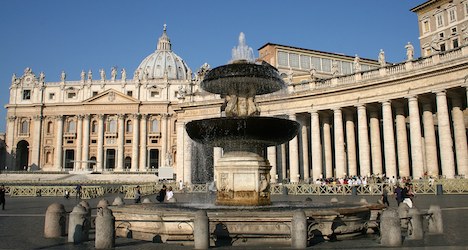 Judges at Switzerland's federal criminal court allowed the transfer of most information sought by prosecutors in Italy from the account held by the Vatican bank, officially known as the Institute for Religious Works (IOR), the daily Le Temps reported.

Italian prosecutors suspect the account was used in 2007 and 2008 by third parties to launder as a donation funds from the sale of a company.

The IOR had invoked the Vatican's sovereign immunity, but the judges found that the transactions in question did not relate to functions covered by that immunity.

However, Swiss judges ruled that information not pertinent to the investigation would not be transferred.

Under pressure from its international partners, in particular the United States, Switzerland has been gradually dismantling its decades-old tradition of banking secrecy.

Meanwhile, the IOR has been trying to rid itself of a reputation for shady dealings, following a series of money-laundering scandals in the past.

It was the main shareholder of the Banco Ambrosiano, which collapsed in 1982 amid accusations of ties to the Mafia, while its chairman Roberto Calvi — dubbed "God's Banker" — was found hanging from Blackfriars Bridge in
London in a suspected murder by mobsters.

Pope Francis was elected in 2013 with a mandate to clean up the Vatican and has focused on improving transparency in the centuries-old institution.