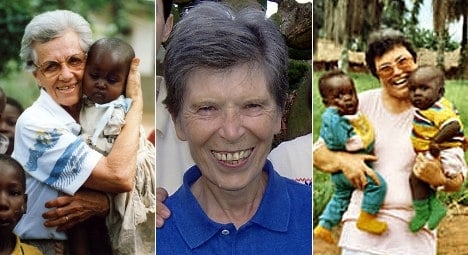 The arrest of Bob Rugurika, director of the popular independent African Public Radio (RPA), has sparked protests by civil rights activists and fellow journalists, coming ahead of elections in May and June.

Rugurika was arrested in mid-January after broadcasting the purported confession of a man claiming he was one of the killers.

For broadcasting the alleged confession and refusing to give up the self-proclaimed killer, Rugurika was charged with complicity in the murders, "breach of public solidarity" and disclosing confidential information regarding a case.

He faces up to 20 years in prison if convicted.

"This is an unfair decision, which disappoints us greatly because it confirms again that the Burundian justiciary is not truly independent," said lawyer Lambert Nigarura.

"Instead of illegally holding Bob Rugurika, judges should release him to help to bring out the truth of the assassination of the three nuns, but that is not their goal."

The three Roman Catholic nuns – Olga Raschietti, 83, Lucia Pulici, 75, and 79-year-old Bernadetta Boggian – were murdered at a convent north of Bujumbura in September. The purported confession contradicted a police account of the crime and implicated a top official.