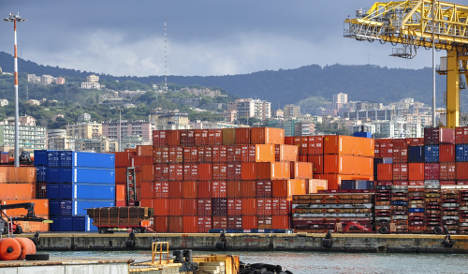 After contracting again in 2014, Italy’s economy will grow by 0.6 percent this year – slightly better than previously forecast – and will rise to 1.3 percent in 2016, the EC said.

The stimulus programme announced by the European Central Bank in mid-January will also help spur growth.

While demand for Italian products from overseas is forecast to strengthen, there will only be a mild improvement in domestic demand.

Savings made by households due to lower energy bills will lead to slightly more consumption, but most Italians will be looking to restore savings eroded during the crisis and because of the stagnant job market, the EC said.

Although Italy’s unemployment rate dipped slightly to 12.9 percent in December, more people entering the job market will keep the rate “at historically high levels” over the year.

But pressure on labour costs is expected to subside thanks to tax cuts included in Italy’s 2015 budget, while labour productivity is forecast to improve slightly.