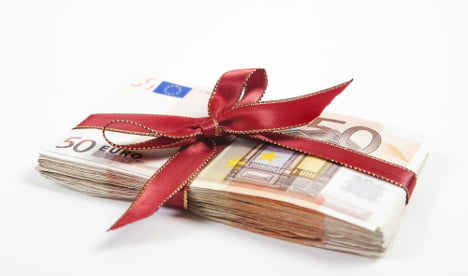 The man said he gave the couple €100,000 as a gift. Money gift photo: Shutterstock

The gift was a way of thanking the couple for their friendship and support when his mother died, a court in Udine heard on Thursday.

But for prosecutor Paola De Francheschi, the act of generosity was too good to be true.

She argued that the couple took advantage of the benefactor's “poor mental or physical health” and ordered a psychiatric assessment of the man, the local newspaper Messaggero Veneto reported.

In a statement to the court, the 47-year-old from Villa Santina said the gift came from the proceeds of the sale of his home.

“I donated that money after reflecting on my life,” he said.

“They demonstrated closeness and comfort towards me a few years ago, when my mother died.”

The couple were named as Monica Braidic, 26, and Shwan A Hamah Rasheed, a 25-year-old from Iraq.

The man, who is godfather to their daughter, said he also lent them €5,000 at a “particular time of economic difficulty”.

The case come to light in 2011 when Italy’s financial police probed cash transfers to Iraq over suspected money laundering after the couple sent some of the money to help family there.