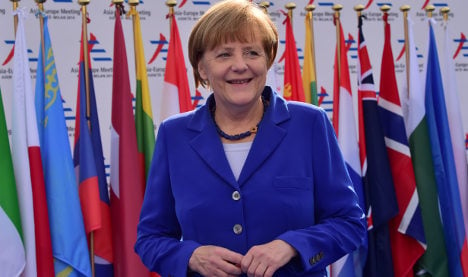 German Chancellor Angela Merkel is heading to Rome for a meeting with Pope Francis on February 21st. Photo: Giuseppe Cacace/AFP

In her lunch meeting with Hollande on February 20th, Merkel plans to discuss the crises in Ukraine, Syria and Iraq and the major themes of this year's G7 summit in Germany, her spokesman said.

Merkel and Hollande this week attended marathon talks in Minsk with the leaders of Ukraine and Russia. The negotiations yielded a plan to end the ten-month conflict in eastern Ukraine.

From Paris she will travel to Rome for a private audience on February 21st with Pope Francis, said her spokesman Steffen Seibert.

"The chancellor and Pope Francis will discuss inter-religious dialogue, globalization, international crises and conflicts, as well as Europe's role in the world," he said.