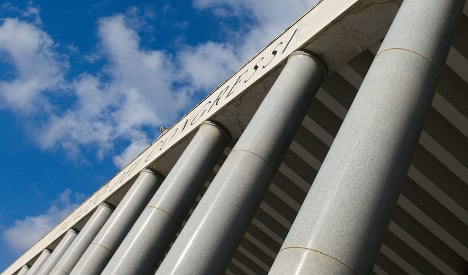 Three museums and a building currently housing state archives will be advertised shortly with the hope of completing the sell-off by the end of the year, said a spokesman for Eur Spa, the state body which currently owns the buildings in the Eur district of the capital. "We are hoping to raise at least €300 million," the spokesman told AFP.

The company, which owns most of the major buildings in the district, is owned 90 percent by the ministry of finance, ten percent by the City of Rome.

Some of the funds raised will go to clearing debts and some to completing a groundbreaking glass, steel and teflon construction that has been dubbed "Fuksas's cloud" by the Italian press.

Fuksas is one of the giants of contemporary Italian architecture. His past projects include the futuristic new airport terminal at Shenzhen, China, Ferrari's ultra-modern headquarters and Armani stores on 5th Avenue and in Ginza, Tokyo.

The cloud of his Eur project refers to a suspended cloud-shaped steel and teflon auditorium that will be the centrepiece of the new centre.

The 70-year-old has said the idea for the ultra-fluid structure came to him while watching clouds from a beach. He won the competition to build the new conference centre in 2000 with a design that, with its rectangular exterior, also references the rationalist architecture of the surrounding buildings.

Cash constraints meant construction did not get underway until 2007 and the building is still not finished, thanks partly to overruns on costs which have seen its budget rise from €221 million to €276 million.

The Eur district takes its name from Esposizione Universale Roma, the world fair Italian dictator Benito Mussolini planned to stage there in 1942. That plan had to be scrapped because of the Second World War with many of the buildings only half-finished.

They were mostly completed in the 1950s and 1960s after the Roman authorities decided to turn the area into an edge-of-town business district that became a model for London's Docklands and La Defense in Paris.

Eur Spa said it has already had significant interest in the buildings to be sold from private investors. As they are all listed because of their historic value, once a sale price has been established, the government will have an option to buy them at that price and keep them in public ownership. That is seen as unlikely given Italy's current budget constraints.