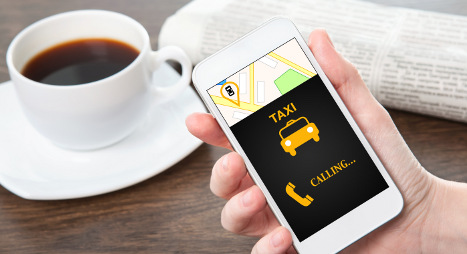 Over 2,000 Italian taxis are protesting against Uber. Taxi photo: Shutterstock

Taxi drivers from Genoa, Milan, Rome and Naples have joined the march, which kicked off at Piazza Arbarello, where the city's council is based, before heading to the headquarters of Italy's transport regulator in Lingotto, La Repubblica reported.

They argue that the service, which is thriving across Europe, in part because of the publicity brought about by several protests, creates "unfair competition". They are calling on the authorities to apply the same rules to Uber drivers as apply to them.

Valter Drovetto, the deputy secretary of the Ugl-Taxi union, said the protesters are asking for "legality and respect for the rules".

"They perform a service without respecting all the guarantees that we must provide," he said, adding that Uber drivers were able to charge less "because they don't pay taxes".

The Turin march comes after a court in Genoa ruled that a police officer was wrong to confiscate an Uber taxi man's driving licence and fine him €1,750, saying that the mobile app is akin to a private "chauffeur" service, whereby the passenger agrees a price beforehand.

Italy's taxi unions are a strong force, and in the past have succeeded in quashing attempts to liberalize the market and make more taxi licenses available.

Several protests, at times violent, against the Silicon Valley-based company took place in Italy and other major European cities including Paris and Madrid last year.