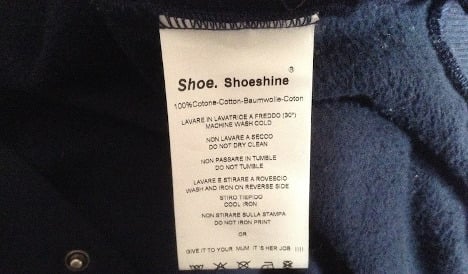 Federica Mazzoni, who works at the equality commission at the legislative assembly in the Emilia-Romagna region, has accused the Italian clothes brand Shoeshine of sexism after a friend discovered the offending label on her son’s cardigan.

Beneath a list of ordinary washing instructions, including “Machine wash cold” and “Do not dry clean”, the owner of the garment is given another, simpler option: “Or give it to your mum it’s her job”.

“Doing the washing is not the mother’s job, fathers are also capable of turning a simple knob,” she wrote.

“Obviously it wasn’t enough for the company to provide all the necessary useful information, it felt the need to have its say, by perpetuating a sexist message about mothers and women, insulting for men and fathers.”

As well as criticizing the label as insulting to women by suggesting they have “no other skills than that of turning a knob to 30”, Mazzoni said it was also offensive to men, “as if they were not capable of doing a simple wash".

Mazzoni has since lodged a complaint with the Italian advertising council, the IAP.

Responding to the accusation, Unipersonale, which distributes the clothes band, dismissed the sexism claims.

“There is no kind of sexist irony. It’s just a simple joke aimed at teenagers who are our target,” the company said, according to Tgcom24.

As for the dirty cardigan that first sparked the complaint, Mazzoni says: “It’s still lying in the dirty washing basket”. 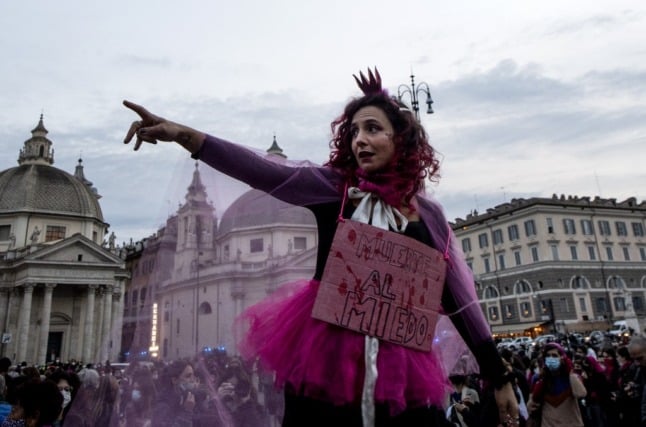