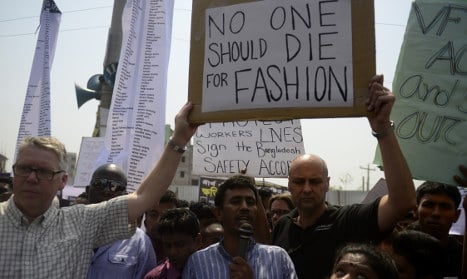 Bangladeshi activists and relatives of the victims of the Rana Plaza building collapse take part in a protest on the first anniversary of the disaster. Photo: Munir Uz Zaman/AFP

The move follows pressure from campaigners who had accused the company of dragging its heels over financial aid to survivors and families of victims in the run up to the second anniversary of the disaster on April 23rd.

More than a million people signed a petition on the campaigning website Avaaz urging Benetton to pay up or face embarrassing protests during next week's Milan fashion week.

Benetton said how much it would put into the Rana Plaza Trust Fund was still being worked out in collaboration with a "globally-recognised third party" which was seeking to establish the principles underlying how much international companies who used the factory as a supplier should pay.

The fund is being organised by the UN's International Labour Organisation. It has raised $21 million to date but needs another $9 million to meet its compensation commitments.

To date, 5,000 people have received 40 percent of the compensation promised to them.

Benetton said its contribution would be a "second step" in its efforts to help the victims following the establishment of its own support programme in partnership with the Bangladeshi non-governmental organistaion, Brac.

"We did this immediately, starting already only one month after the tragic events and we have since supported 280 victims and family members, to ensure that they had the means, including financial, to rebuild a sustainable future," the company statement said.

Benetton was one of a number of international brands that used Rana Plaza, a nine-story factory complex which workers and local journalists had warned was unsafe before it collapsed with thousands of people inside.

Bangladesh's worst industrial disaster turned the spotlight on the conditions of third world garment sector workers producing clothes for western retailers. Walmart, Primark and Matalan were among the other well-known names which had clothes made there. 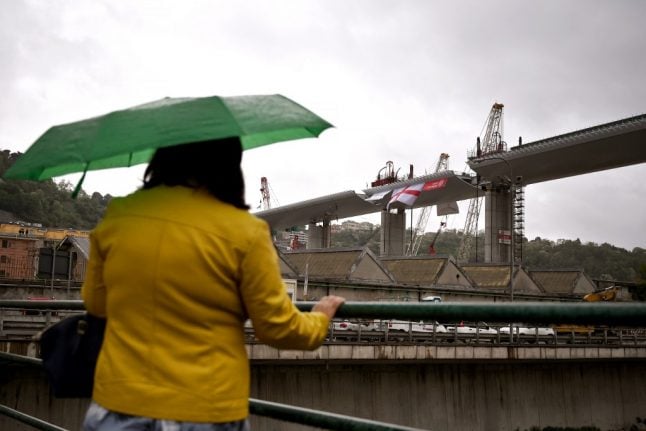