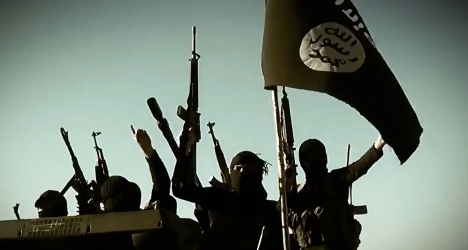 Seventy-two percent of respondents said that they feared an attack from Isis. Photo: al-Furqan Media/AFP

Seventy-two percent of respondents said that they feared an attack from the radical Islamist organization, with only 25 percent saying that they did not fear an attack, the Italian edition of the Huffington Post reported.

The poll follows the release of a video by the extremist group, which showed the beheading of 21 Egyptian Christians in Libya, a former Italian colony, during which it was claimed that Isis fighters were “at the south of Rome”.

Speaking to The Local earlier this week, Sebastiano Sali, an academic in the Department of War Studies at King's College in London, said: “Isis is a threat that cannot be overlooked nor underestimated.

“Ideologically, the Vatican and therefore the city of Rome are natural targets of any war dubbed as holy against Christianity,” he added.

As Isis advances in Libya, just 175km from the Italy's southernmost island of Lampedusa, threats made against Italy are now being taken seriously by some.

On Wednesday Italy issued its strongest warning yet, when Foreign Minister Paolo Gentiloni said there was a serious danger of Isis fighters forging an alliance with local militias or criminal gangs engaged in a multi-sided battle for control of the north African country.

Later in the day, security was tightened at the Vatican and at other sensitive spots across Italy.

The tension has been exacerbated by fears that jihadists could smuggle themselves into Italy aboard boats carrying migrants from Libya to Lampedusa, where migrants arrive almost daily. The poll, which was carried out by Ixé for Agorà (Raitre) also looked at the attitudes of Italians to politicians.

As Italy’s Prime Minister Matteo Renzi celebrates one year in office, support for the 40-year-old remains stable at 40 percent. However, the premier has seen a ten percent drop in support since September last year (50 percent).

In particular, respondents were supportive of Renzi’s acceleration of electoral and Senate reforms.

But support for the government was recorded at just 33, down from 37 percent last week.

The most popular political leader is President Sergio Mattarella, who took office on January 31st, with 68 percent.