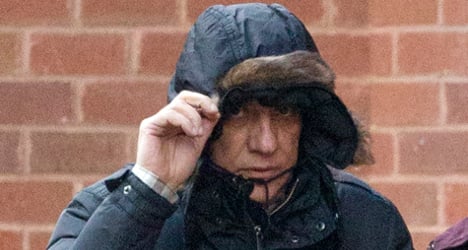 Domenico Rancadore was arrested in Britain in 2013 after 20 years on the run. Photo: Justin Tallis/AFP

Domenico Rancadore, 65, who emerged from the court building with the collar turned up on his long coat and fedora hat, can still appeal the ruling.

"He's been ordered to go back," a court official told AFP.

He was allowed to leave Westminster Magistrates' Court in London on bail pending a final decision and has seven days in which to lodge his appeal.

Nicknamed "The Professor", Rancadore fled Italy in 1995 and had been living under the false name "Marc Skinner" with his wife and two children.

He was sentenced in Italy in his absence in 1999 to seven years in prison for mafia association and was first arrested in Britain in 2013.

In a series of appeals over the past two years, he has claimed health trouble and a return to Italy's overcrowded prisons would breach his human rights.