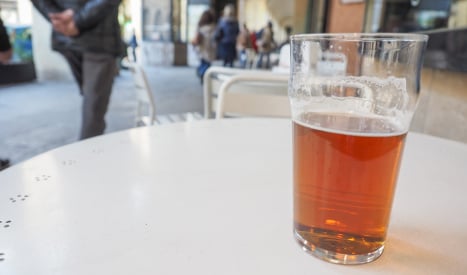 Italian beer exports rose by 13 percent in the first ten months of 2014 compared to the same period in the previous year, with over half going to the UK, where Britons have acquired a taste for Italy's craft beer, the association said.

The findings were based on figures from Istat, the national statistics agency, Coldiretti said.

Italian craft beer is experiencing a boom, with over 600 breweries now in the country compared to just 30 in 2004.

About ten percent of all the craft beer produced each year is exported, Coldiretti said.

The craft beer revolution is also helping to create jobs, especially among the under-35s.

But despite the growing industry, Italians drink much less beer than their European counterparts, with the biggest beer drinkers being in the Czech Republic, followed by Austria, Germany, Ireland, Luxembourg and Spain, according to Coldiretti.