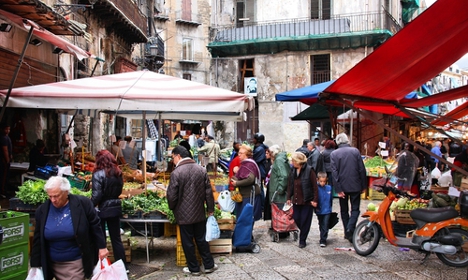 More optimism amongst consumers has been a key driver of positive change in Europe. Shoppers photo: Shutterstock

The overall confidence climate index this month jumped from 104.4 to 110.9, with a positive change across the board, Istat said.

Italians’ view of their economic, personal, current and future prospects all improved in February. Slight increases were registered in personal and current confidence, while confidence in the future went up from 107.4 to 116.6.

The most marked change was recorded in Italians’ renewed confidence in the economy, up from 111.1 to 130.9 in a month. The positive shift was also reflected in the business confidence climate index, which moved from 91.6 in January to 94.9 this month.

Manufacturing, market services and transport were just some of the areas which registered an improvement, while confidence in construction and tourism services registered a slight dip.

The new stats reflect the broader European trend, with economic sentiment across the EU improving by 0.4 points to 105.1.

By the EU’s own survey, Italy registered the largest leap (up 2.4 percent) in the eurozone, followed by France (2.0 percent) and Spain (0.8 percent). Economic sentiment declined by 0.5 percent in both Germany and the Netherlands, Eurostat said.

Despite renewed confidence in Italy, the country still has a long way to go to improve its long-term finances.

As most European economies registered growth at the end of last year, the Italian economy stagnated. The last time Italy’s economy registered quarterly growth was in 2011.