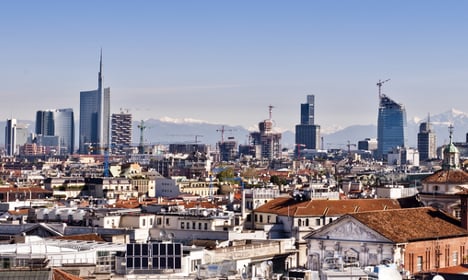 Property group Hines Italia announced on Friday that the Qatar Investment Authority had taken 100 percent control of the Porta Nuova district in Milan, in which it has held a 40 percent stake since 2013.

Hines, insurer Unipol and several investment funds were among the selling shareholders in a 25-building development conservatively valued at more than €2 billion.

Hines boss Manfredi Catella would not disclose how much the Qataris had paid but hailed their willingness to splash out as "an extremely positive signal for Italy in terms of the attractiveness of the country." Media reports said initial investors in the project had cashed out with a 30 percent profit in their pockets.

The district of Porta Nuova, which takes its name from an early 19th century Napoleonic gate, was subject to one of the most ambitious programmes of urban regeneration ever undertaken within the historic centre of a major European city.

Situated barely a kilometre from Milan's iconic Gothic cathedral, the district is home to a number of landmark buildings including the cutting-edge headquarters of Italian bank Unicredit and the "Bosco Verticale" (Vertical Forest), a complex of two award-winning residential skyscrapers.

The acquisition is the latest in a string of eye-catching European purchases for Qatar, which already owns London department store Harrods and top French football club Paris Saint Germain, as well as holding stakes in a string of blue-chip corporations.

Porta Nuova has been over a decade in the making with a huge space extending over 29 hectares having been reclaimed from its former use as railyards. With its pedestrian walkways and cycle paths and a large park under development, it has been a huge hit with the discerning residents of Italy's business capital.

A wave of back-to-the-city gentrification has seen property prices shoot up against a national trend of stagnation at best. Its centre is the Piazza Gae Aulenti, where the Cesar Pelli-designed Unicredit buildings are located.

Other prominent businesses to have bases there include Google and, this being Italy's fashion capital, there is no shortage of upmarket boutiques and trendy cafes.

Italian Prime Minister Matteo Renzi has made an increase in inward investment one of his government's priorities, pitching it as the potential reward for the labour market and legal reforms he is trying to push domestically.