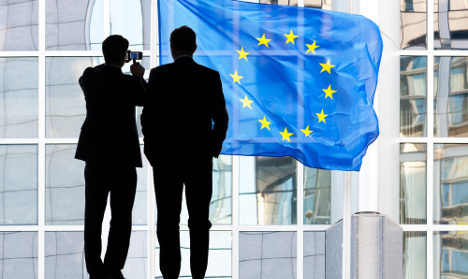 More than half the number of Italians polled by Gallup said they disapproved of the job performance of those leading the EU. EU parliament photo: Shutterstock

Despite the EU’s leadership regaining favour in parts of Europe, particularly in Germany, Ireland, Belgium and Luxembourg, 52 percent of Italians polled by the market research firm, Gallup, were unhappy with the leadership.

Meanwhile, 46 percent said they thought their country’s EU membership has left it worse off.

Another survey by Demos, a Vicenza-based think tank, said last week that just 27.4 percent of Italians trust the EU.

That said, the Gallup poll found that only 22 percent wanted Italy to withdraw from the EU, compared to 75 percent who said they wanted the country to stay within it.

The majority of Europeans were favourable towards the EU, the survey found.

"With the exception of Cyprus and the UK, at least two-thirds of residents in all countries wanted to continue being part of the EU," Gallup said.

The Irish in particular, who have undergone over seven years of austerity following a €85 billion bailout, showed overwhelming support for the EU, with approval for its leadership standing at 67 percent – the second highest after Germany – while 88 percent want their country to stay in the bloc.

Economic optimism clearly plays a role, with Ireland's GDP expected to grow by 3.5 percent this year – the highest in the EU.

“Europeans who evaluate economic conditions as good or excellent are almost twice as likely to approve of the EU's leadership and considerably more likely to want their country to stay in the EU as those who view conditions as poor,” Gallup said.