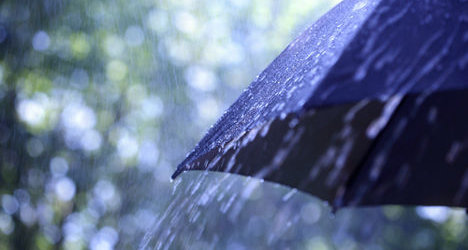 A 41-year-old from Lucca, in Tuscany, died when his car was hit by a boulder which fell from an embankment, Il Secolo XIX reported. His female passenger escaped unharmed.

A woman also died after being knocked down by a falling tree as she stepped off a bus while on her way to work in Urbino, Marche, on Thursday morning.

Gale force winds of up to 150km an hour felled hundreds of trees and blew roofs off homes across Tuscany, Liguria, Abruzzo and Marche. Schools have also been closed in the areas worst hit, the newspaper said.

The bad weather, which is expected to subside by Friday morning, also caused power cuts in parts of Tuscany.