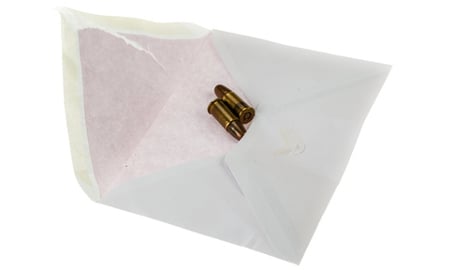 The Senate commission found 132 people working for or linked to local government were murdered over the past 40 years. Bullet photo: Shutterstock

There were 1,265 acts of intimidation in the 15 months to April 2014, recorded in a Senate report presented on Thursday.

Discussing the findings on Thursday, Senator Doris Lo Moro said such incidents were on the increase across Italy.

“Since the start of the year [2013] hundreds and hundreds of acts of intimidation have been recorded,” she told journalists in Rome, with cases ranging in severity from insults to murders.

Government workers worst affected were in Sicily, where 211 acts of intimidation were recorded, followed by Puglia (163), Calabria (155) and Sardinia (136).

While southern Italy and the islands accounted for 62.6 percent of intimidation cases, the central and northern regions were by no means safe havens.

Ninety-three cases were recorded in Milan’s Lombardy region, 78 in Lazio, home to the Italian capital, and 56 in Tuscany.

Mayors were frequently the victims, accounting for 35 percent of cases, while other local government workers and occasionally their families faced intimidation.

Taking a broader look at the phenomenon, the Senate commission found 132 people working for or linked to local government have been murdered over the past 40 years.

The majority of killings – 73 percent – took place in Calabria, Campania and Sicily; the regions which are home to Italy’s three main mafias.

Although the government has offered security to some staff, with 341 protection measures active in local councils in July 2014, Lo Moro said more needs to be done.

While describing Italy’s anti-mafia legislation as “very advanced”, the senator said the capacity to apply such laws was challenging and many acts of intimidation were wrongly treated as petty crimes.

“Burning a mayor’s car is a classic, it’s the most recurring damage; it’s considered damage to personal property, so there’s no response,” Lo Moro said.

Such individual cases should instead be treated as crimes against the broader community and the state which the mayor represent, she said.

The Senate commission has now requested lawmakers change the criminal code, in order to make it easier to tackle the widespread phenomenon of intimidation.