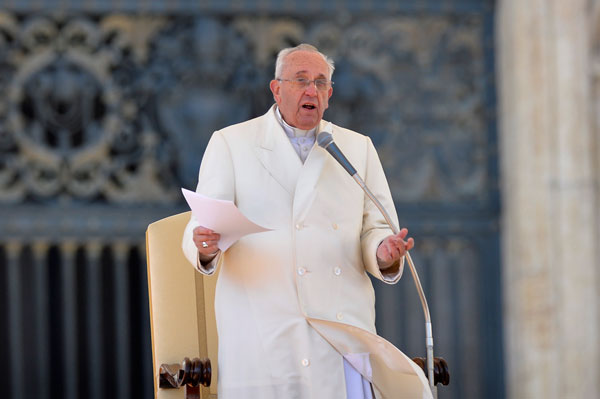 Francis has given permission for Archbishop Antonio Mennini to be interviewed by a parliamentary commission, 37 years after Moro was kidnapped and killed by the Red Brigades, a leftist Italian militant group, the Corriere della Sera has reported.

Mennini is reported to have heard Moro's final confession and served as a go-between between the militants and Pope Paul VI, who is believed to have attempted to buy the former prime minister's release.

Francesco Cossiga, president of Italy from 1985 to 1992, confessed before he died that "Mennini managed to reach Aldo Moro in the Red Brigades' den and we did not find out about it," the Italian daily said.

The Holy See's ambassador to Britain, Mennini has been shielded from prior investigations due to diplomatic immunity, but on Monday will go before the new commission investigating the murder, it said.

The Vatican would neither confirm nor deny the report.

The pope, who has promised greater transparency from an institution famed for secrecy, may be hoping not only to throw light on an event that scarred the national psyche but highlight the Vatican's bid to save Moro.

The Red Brigades abducted the Christian Democrat on March 16, 1978, killing his five bodyguards.

Paul VI made a personal appeal to the kidnappers on April 23, saying "I pray to you on my knees, liberate Aldo Moro," but the latter was found dead in the boot of a car in a Rome backstreet after two months in captivity.

Fabio Fabbri, ex deputy-head of Italy's prison chaplains, in 2012 told a trial investigating alleged dealings between the state and the mafia that he had seen the pope with "a mountain of money… ready to ransom Aldo Moro."

Giuseppe Fioroni, head of the parliamentary commission into Moro's death, holds high hopes of Mennini's testimony, describing him as "the man closest spiritually to Aldo Moro," the Corriere said.

"There are so many points he will be able to address: his role, his contacts, the enormous effort made by Paul VI to launch negotiations to restore an alive Moro to his country and family, and why this effort was unsuccessful," he said.