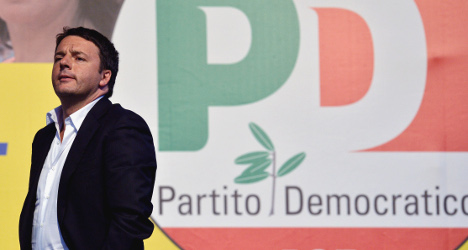 An English-language banner appeared on the PD Toscana website on Saturday night, the party said in a statement.

“Hacked by Islamic State (Isis) We are everywhere,” the banner said, signed off with a wink emoticon.

Italian media said the message linked to a Facebook page under the name Mohammed Ali, which also had IslamicState (Isis) listed as a nickname.

Dario Parrini, the PD’s regional secretary, said the party was unaware of the true identity of the hackers. Police have been brought in to investigate the hack, Parrini said.

The online break-in comes days after the party’s Tuscany headquarters was attacked with smoke bombs, allegedly thrown by self-styled campaigners for housing rights, the PD said.

Parrini said attacks against Italy’s ruling party would not “upset, nor frighten” the PD.

“We will go forward with the same determination as always. Better still, with even greater determination,” he said.

The Isis group has in recent months made direct threats against Rome, prompting the government to increase security at sensitive sites.