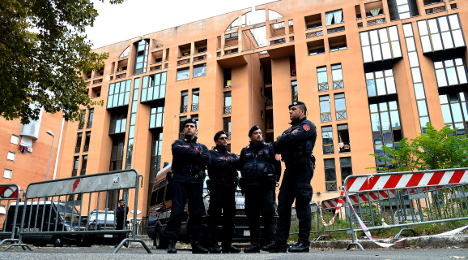 The immigrants were moved earlier this week after large rubbish bins were set on fire outside the centre in Tor Sapienza, a neighbourhood in east Rome.

Francesca Danese, councillor responsible for social policies, said the decision was taken in order to “protect the safety and the dignity of the 40 guests” at the centre.

“It’s a defeat for me and for all of Rome. These immigrants will have a more welcome home. They nor the residents deserve this situation. I hope that this city is able to accommodate [immigrants] in a different way,” Danese was quoted in La Repubblica as saying.

The councillor blamed right-wing outsiders for setting the fires, saying that local residents should not be blamed.

The Tor Sapienza centre remains under police guard, four months after a series of attacks against the building brought riot police to the neighbourhood. Protests carried a neo-fascist undercurrent, as racist chants were heard alongside references to former dictator Benito Mussolini.

City hall responded to the outbreaks of violence by committing to support the neglected suburb, but residents this week said little had changed.

Sandra Zammataro, spokeswoman for the Tor Sapienza-Morandi committee, said people remained “exacerbated” by the current situation. “Despite the promises, city hall has not yet found important solutions to important problems,” she said.