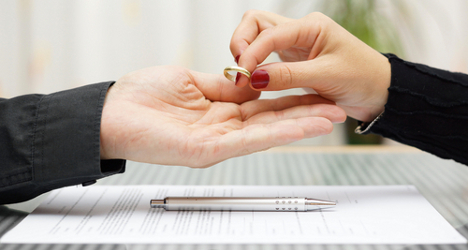 Couples in Italy currently have to wait three years to get a divorce. Divorce photo: Shutterstock

An overwhelming majority of 228 senators backed the bill, up against just 11 against and the same number of abstentions.

Under the new rules couples will be granted a divorce after six months of consensual separation, or a year if one side contests the split.

The proposed change marks a significant change from current rules, under which couples must wait three years before divorcing.

Separation of assets are also covered under the new measures, with lawmakers ruling they should be divided the moment a court authorizes a couple to live separately.

The bill must now be scrutinized once again by Italy’s parliament, where the plans were first debated last May, before becoming law. Once approved it will apply to divorce proceedings currently underway.

Italy currently has one of the slowest systems in Europe for married couples wishing to separate.