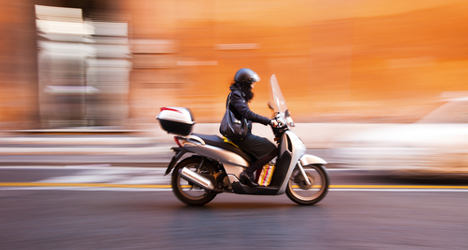 Last year there were 52 road deaths per million inhabitants in Italy, a 23 percent drop in fatalities since 2010, according to the figures published on Tuesday.

Despite the improvement, Italian roads are still less safe than they are in a number of European countries.

Across the EU there were 50.5 deaths per million inhabitants, down from 62 in 2010, according to the EU figures.

Fear of Italian drivers is also felt among fellow Europeans: thirty-eight percent of the 10,000 questioned in the survey released by French motorway operator Vinci in February described Italians as driving dangerously, a figure that rose to 58 percent among Italian respondents.

The safest place was Malta (26), while Latvia’s rate of 106 showed the country still has a long way to go to keep its citizens safe on the roads.

Within Italy, motorcyclists faced a higher than average risk, reflecting the popularity of motorbikes and mopeds in the country. Across Europe, motorcyclists accounted for 15 percent of fatalities, while this rose to 21 percent in Italy.

The opposite was true with pedestrian deaths, with the EU average of 22 percent notably higher than Italy’s 16 percent.

Despite the roads being safer in Italy than they were, the EU’s transport commissioner, Violeta Bulc, said more needed to be done.

Still 70 people die every day on EU roads. This number must come down, faster. http://t.co/QZ8MAMsQO3 #RoadSafety

Italy’s infrastructure and transport ministry, whose minister resigned last week over a corruption scandal, did not immediately comment on the findings.