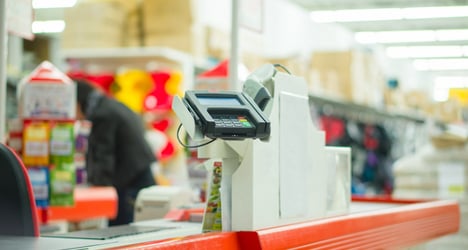 The car chase and shoot-out happened after a supermarket robbery. Supermarket photo: Shutterstock

Two injured policemen, who were on leave, have been arrested on theft and multiple attempted murder charges.

Officers Claudio Vitale, 41, and 34-year-old Iacopo Nichetto are under police guard in hospital after being injured in the shoot-out.

The two were arrested just hours after they allegedly attempted to rob a supermarket in Ottaviano, in the shadow of Mount Vesuvius, Il Mattino reported.

The men fled the scene in a car but were pursued by the shop owner, 30-year-old Pasquale Prisco, his brother and two members of staff.

The group managed to stop the getaway vehicle by ramming it and then reportedly began to beat one of the robbers.

The other thief allegedly opened fire on the group, shooting Prisco three times. It is unclear whether the supermarket owner was also armed, or whether the policemen had accomplices.

Prisco died from his wounds in hospital, while one of the supermarket workers remains in a serious condition.