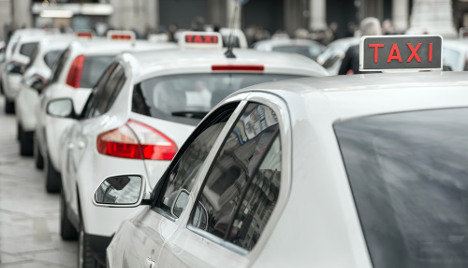 The cost of a taxi trip between Milan's Malpensa airport to the centre is among the priciest in Europe. Photo: Milan taxi photo: Shutterstock

London tops the list of the most expensive taxi fares, with the journey from Heathrow to central London costing £68 (almost €95) for a 28km trip.

But when it comes to distance, a taxi ride from Geneva to the city centre – just 6km away – is actually the priciest in Europe.

But the absolute cheapest cab ride between a European city centre and its nearest airport is in Sofia, Bulgaria, where the 10-km trip will set you back just £3.33 (€4.57), No. 1 Currency said.

“Our research reveals that there is a huge variation in the cost of a taxi depending on which European city you’re visiting, so do your research before you travel,” Simon Phillips, retail director for No. 1 Currency said in a statement.

“If the airport to city centre taxi ride is particularly pricey, like Milan, then taking the bus or train may be the better option,” Phillips said.

No. 1 Currency is part of FEXCO, a multinational financial and business solutions provider, with operations in 28 countries worldwide.

It bills itself as a leading provider of foreign exchange services in the UK.