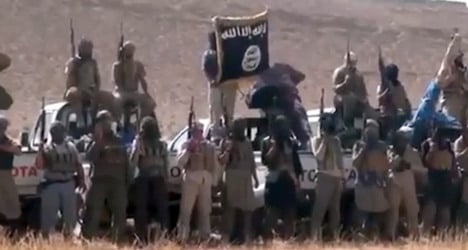 Five pupils of a middle school in Piove di Sacco, in north-east Italy, were suspended for three days after impersonating terrorists.

The group of teens took photos as one of them held a knife to the throat of their friend, who knelt on the floor in a bikini top. The child impersonating an Isis killer is dressed in dark clothing and a cap, while three other pupils can also be seen in a photo circulated online.

The image mirrors the decapitation of hostages by Isis, the terrorist group which gained global attention by publishing videos of the murders online.

In Italy, the pupils distributed photos of their mock execution through the messaging service WhatsApp and photo sharing app Instagram.

Once their school was made aware of the images, the teenagers were swifty suspended. They were also ordered to attend a series of meetings with psychologists, on the agreement of their families, Corriere della Sera said.

Alessandro De Carlo, president of the order of psychologists in the Padua area, said schools were ill-equipped to deal with the challenges of modern technology.

“Stunts like this have always been done, and these teenagers are certainly not the first to behave in this way.

“What the children must bear in mind, however, is that today with the internet and phones they can do things that remain forever, something that was inconceivable until a few years ago,” he was quoted in Corriere as saying.

The report comes two days after Mike Haines, whose brother David Haines was murdered by Isis, had a meeting with Pope Francis at the Vatican. The leader of the Catholic Church also met with Barbara Henning, whose husband Alan Henning was beheaded by Isis last year, Vatican Radio reported.