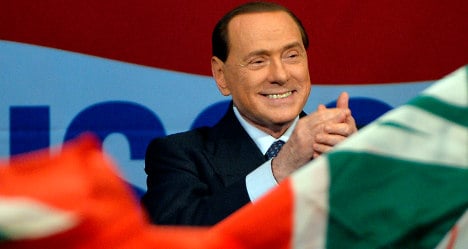 Since the incumbent Giuliano Pisapia announced that we would not stand for a second term, Berlusconi’s centre-right Forza Italia party has been considering the possibility of him running for mayor in 2016, Corriere della Sera reported.

The idea was first mooted by Italian TV presenter and philosopher Paolo Del Debbio, as a joke, when he said: "The primary elections could only be with one booth, in which Berlusconi goes in and votes. That would be the primary elections of the centre-right, ah, but be careful, he could come out of the booth and announce he won."

But at a Forza Italia party event on Saturday, the 78-year-old, who was earlier this month cleared of charges that he paid for sex with an underage dancer and then abused his position as premier to cover it up, hinted of his interest in the Milan job.

"Everything began in Milan, and in Milan everything could start again," Berlusconi was cited by Corriere as saying.

"In 2016 we will have to reconquer City Hall with a candidate who represents our story. From Milan we will then reconquer Italy, where we are the true and natural majority."

The party’s coordinator, Mariastella Gelmini, said Berlusconi’s candidacy was possible and would be the most likely to bring unity.

But others are doubtful about the prospect of him standing in local elections.

"Although with Berlusconi, one can never rule anything out entirely," Bill Emmott, the former editor of The Economist and director of Girlfriend in a Coma, a documentary about the good and bad sides of Italy, told The Local.

"I would think that Milan would be too small a stage for Berlusconi to perform on, given his previous occupancy of Palazzo Chigi, but possibly the restrictions on his national role might tempt him to overcome that point."

Still, if Berlusconi was to stand, Emmott imagined he "would have a good chance", given his “proven ability at campaigning and communication".

The elections for Pisapia’s replacement coincide with the end of Berlusconi’s two-year public office ban, which started last year after he was convicted of tax fraud in late 2013.

He is also subject to a 2012 law banning convicted MPs from running for office for six years, which Berlusconi is appealing in the European Court of Human Rights.