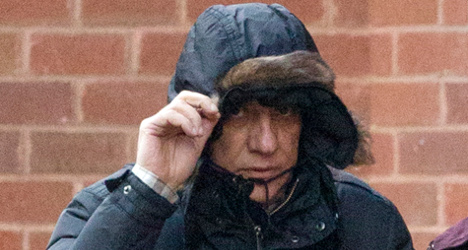 Nicknamed "The Professor", 65-year-old Domenico Rancadore was convicted of mafia membership in absentia in Italy in 1999 and was given a seven-year sentence for his role in Sicily's Cosa Nostra.

He has fought extradition from Britain since 2013, when he was discovered living with his wife and two children in a west London house surrounded by large hedges, under the alias "Mark Skinner".

But this week Italy dropped the extradition request because his sentence expired in October 2014, according to his lawyers.

"Yesterday the Italian Court of Appeal agreed to extinguish the conviction of Domenico Rancadore on the basis that the conviction is too old to sustain a prison sentence," said his lawyer Karen Todner.

"There has been a long and unhappy history of these proceedings and I am delighted Mr Rancadore will now be able to live in peace in England with his wife and family.

The judge found that Italy's overcrowded prisons risked violating the human rights of Randacore, who suffers from heart problems.

That decision was reversed in February 2015, but by that time the sentence had expired.

Legal experts expressed frustration that the case had wasted resources.

"What a waste of time and money," said Edward Grange, vice-chair of the Extradition Lawyers' Association.

"Had the Italians said in October we cannot legally enforce this sentence… I'm sure our court would have encouraged them to do so as quickly as possible."

A CPS spokesman said: "It is inaccurate to suggest that a delay due to administrative errors has had a significant bearing" on the outcome this week.

"Until the European Arrest Warrant was officially withdrawn… the CPS acted on behalf of the Italian authorities in these extradition proceedings and had received no instructions to the contrary."

Randacore had claimed he changed his name to Skinner to avoid the notoriety linked to his father Giuseppe, who was imprisoned in 1987 as part of a mass trial in which 475 mobsters were indicted.