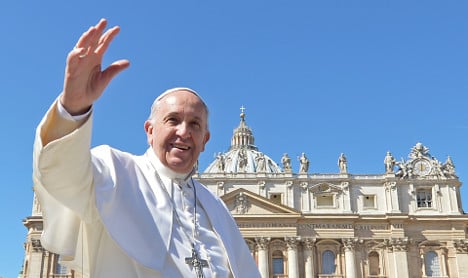 Pope Francis greets the crowd from the popemobile at the end of the Palm Sunday celebrations at St Peter's square. Photo: Alberto Pizzoli/AFP

The 78-year-old pontiff is visibly chubbier these days than he was when he lived in Argentina and was known for a frugal lifestyle and walking as much as he could.

Since being elected he has made several enigmatic remarks suggesting he does not expect to be pope for longer than a few years, triggering speculation about possible health issues.

The latest came in a pre-Easter mass on Thursday, when he talked about the physically and emotionally exhausting nature of the work of a parish priest.

"Do you know how often I think about this weariness which all of you experience?" he asked. "I think and pray about it often, especially when I am tired myself."

The mass was the start of another hectic phase for Francis, who has a string of engagements over Easter, the holiest period in the Christian calendar.

After the morning mass, he was back on duty on Thursday evening, visiting a Roman prison for a ceremony in which he washes the feet of prisoners, as Jesus did for his disciples.

According to Italian media reports, doctors have advised the leader of the world's 1.2 billion Catholics to cut back on pasta to shift his surplus pounds.

That will have the knock-on effect of easing the painful attacks of sciatica that have dogged him throughout his time in Rome. The pontiff has a history of back problems linked to having had part of one of his lungs removed as a young man. He walks with a slight limp.

In a recent interview with Mexican television he described his dearest wish as being able to escape the cloistered world of the Vatican and go for a pizza.

His doctors would approve of the walk, less so pizza, which is considered one of the most fattening foods there is because of its combination of refined carbohydrates and high-fat content.

Francis biographer Elisabetta Pique says the weight gain is unlikely to be due to overeating, despite the stress created by his responsibilities and tough schedule.

"But now he is not able to walk as he did in Buenos Aires and I think that is the reason he's gained a little weight.

"But I wouldn't call him unhealthy, you can see that he has a lot of energy and that basically his health is very good," added the author of "Pope Francis: Life and Revolution."

Although Francis is more portly than his recent predecessors he has still some way to go to match some gargantuan popes of the past.

French pope Clement IV, who was in charge from 1265-68, was so big he was referred to in Italy as Guido Fulcodi il Grosso, although ironically he was also famed for his ascetic lifestyle in his later years.

More recently, Pope John XXIII, the architect of the early 1960s Vatican II reforms, liked to tell the story of how he overheard a woman walking past him in Rome remark: "My God, he's so fat!"

Famed for his quick wit, the pontiff responded by saying: "Madame, I trust you understand that the papal conclave is not exactly a beauty contest."

As well as being keen on pasta, Francis is said to be fond of desserts.

A chef who worked for the Vatican's Swiss Guards published a book of recipes last year in which he revealed that the current pope has a particular weakness for dulce de leche, the famous dessert of his homeland made from concentrated, sweetened milk. 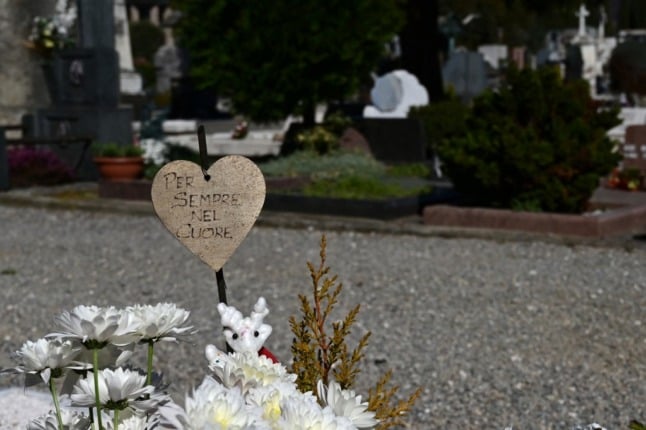