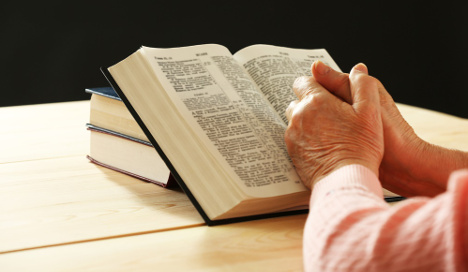 Seventy-four percent of Italians told Win/Gallup International they were religious, irrespective of whether they attended a place of worship.

The self-declared not religious made up 18 percent of the population, while just six percent said they were convinced atheists. Three percent said they didn’t know or failed to respond to the poll, which was released on Monday.

The results show Italians are considerably more religious than their neighbours. Forty percent of French respondents said they were religious, slightly higher than Austria’s 39 percent and Switzerland’s 38 percent.

Poland ranked as the most religious EU nation, with 86 percent, followed by Romania (77 percent) and Italy in third place. At the opposite end of the scale, just 19 percent of people in Sweden said they were religious.

Out of 65 countries polled globally, 63 percent of respondents said they were religious. Twenty-two percent said they were not religious, while 11 percent declared themselves atheist.

Marina Caffiero, a history and religion professor at La Sapienza University, said Italians are not really as religious as they claim.

“There’s a great distance between religious norms and people’s behaviour,” she told The Local, speaking principally about Italian Catholics.

“They’re not ‘bad believers’, they think that they’re religious. But they don’t study the bible…they don’t follow the rules of the church.”

Italians have in the past voted in favour of divorce and abortion, while polls show there is widespread support for same-sex unions, all principles which clash with Catholic teachings.

Caffiero described Italians as “conformists” who instinctively say they are religious when confronted with such a question. “It’s much more complex. One question is not enough, they must ask about their lives.”