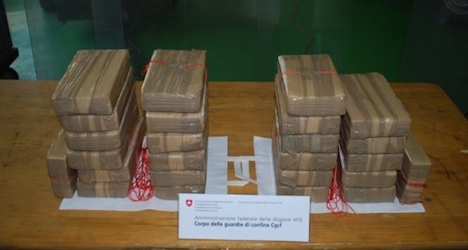 The driver, a foreigner who lives outside of Switzerland, was arrested last week after questioning by Ticino cantonal police following a search of his car at the San Pietro border near Stabio.

The man, whose nationality was not disclosed, had hidden bricks of the illegal drug in the chassis of the car, behind the wheels, the office of public prosecutor Chiara Borelli said.

The man was intending to drive into Italy with the contraband, officials said.

Borelli has launched an investigation into the case.

The motorist has been detained in prison while the probe continues.