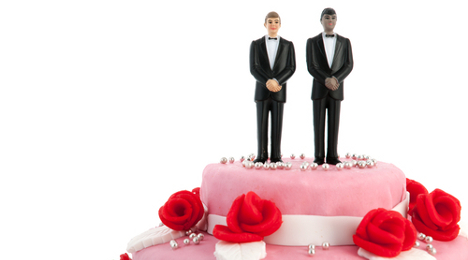 Over 20 unions will be celebrated by Rome’s left-wing mayor Ignazio Marino, who announced his support of gay marriage in 2013 shortly after being elected, and councillors who supported the initiative.

Nearly 50 people are expected to attend to the ceremonies at Rome’s city hall in Piazza Campidoglio, including the couples’ families and friends, Corriere della Sera reported.

The event will follow Rome’s Rainbow Week, dedicated to LGBT rights and to the fight against discrimination, which was set up after the suicide of a gay boy in Rome in 2013. Fifteen-year-old Andrea Spaccacandela had been bullied at school for his feminine look.

Councillor and LGBT activist Imma Battaglia told Corriere: “It will be a celebration of love but will also be a big political push to fill the legislative gap on the issue (of civil unions), which makes the lives of homosexual people harder. Let’s stop discrimination: this is the message Rome wants to send.”

At the end of last year, Marino defied national legislation as he started registering gay marriages carried out abroad, in a move highly criticized by the Interior Minister Angelo Alfano. The prefecture of Rome later annulled the registrations, stating they were illegal under Italian law.

Italy’s premier Matteo Renzi is now pushing for legislation on civil unions to be approved by parliament by May’s regional elections. His Democratic Party (PD) in February agreed to start drafting a bill after meeting with LGBT right groups in Rome.

The European Parliament has been calling for all EU countries to move towards recognizing civil unions and same-sex marriage as a political, social, human and civil right.

Mayors in Milan and Naples have also defied the central government in their attempts to register gay marriages celebrated abroad. Officials in Naples said they would challenge Alfano's directive against the initiative in the courts.