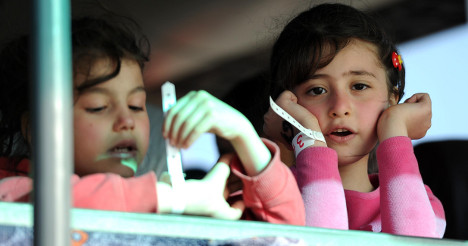 The criticism came as Italian coastguards said no more survivors had been found from a shipwreck off the coast of Libya on Sunday which may have killed 400 people.

"European governments' ongoing negligence towards the humanitarian crisis in the Mediterranean has contributed to a more than 50-fold increase in migrant and refugee deaths since the beginning of 2015," Amnesty International said.

"How many more people have to die before European governments acknowledge that relying on a patchwork quilt of resources for search-and-rescue operations is not enough?" the group's Gauri Van Gulik said.

The EU stopped funding Italy's Mare Nostrum rescue mission last year, in favour of the surveillance patrols currently being carried out by its border agency Frontex.

EU foreign policy chief Federica Mogherini said that Europe should do more to end the wars that led people to embark on the world's most deadly smuggling route.

Italian coastguard spokesman Flavio Di Giacomo said that even before the latest sinking more than 500 migrants, many refugees fleeing wars in Syria, Iraq and Afghanistan, had died so far this year trying to cross to Europe.

In a particularly tragic twist to Sunday's tragedy, the boat appears to have overturned because of the excitement caused by the sighting of rescuers.

Survivors who were brought to Italy told charity workers that as many as 400 others perished.

According to the International Organization for Migration, which has interviewed some of the survivors, between 500 and 550 people, many of them young, were crammed onto the vessel at the time.

The charity Save The Children said some were thought to be unaccompanied children.