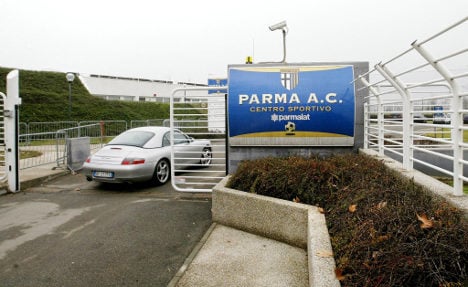 Parma, now in administration after going bankrupt, were handed a three-point penalty earlier this season for failing to pay the salaries of players and club employees since July.

The club's players have still to be paid, sparking another points penalty that means Parma now have only 12 points from their five wins and four draws so far after 30 league games.

The sanction was issued by Serie A officials under the aegis of the Italian Football Federation (FIGC). Former club officials Giampietro Manenti and Pietro Leonardi, the former the club's last president, also saw current bans extended by a further six months.

It comes less than a week after an impressive 1-0 home win over leaders Juventus, and a day after coach Roberto Donadoni complained the club's roller-coaster season had left its mark on him.

A statement by Parma on the club's website said: "The Federal Tribunal of the FIGC has sanctioned Parma FC with a four-point penalty and handed six-month bans to Giampietro Manenti and Pietro Leonardi."

Parma quoted club captain Alessandro Lucarelli as saying: "It's not a surprise, it was to be expected given the club's inability to respect the February deadline for payment.

"Our league standing has got worse, but our determination remains, as it always has, intact and we fully intend on keeping our heads high and finishing this season in the most positive way possible."