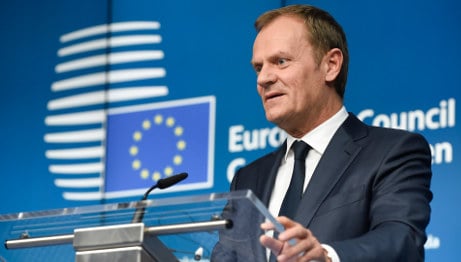 "I have decided to call an extraordinary European Council this Thursday to address situation in the Mediterranean," Tusk said on Twitter on Monday, a day after Italian premier Matteo Renzi called for the meeting.

As news of the tragedy emerged on Sunday, Spanish Prime Minister Mariano Rajoy also voiced support for a summit of the EU's 28 leaders, as did Britain's David Cameron.

"The situation in the Mediterranean is dramatic," Tusk said later in a video statement.

"We cannot continue like this, we can't accept that hundreds of people die when trying to cross the sea to Europe," he added.

"I don't expect any quick-fix solutions to the root causes of migration because there are none. Had they existed we would have used them long ago."