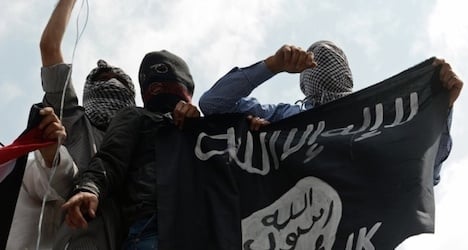 Isis supporters took to Twitter to publish threatening images of signs allegedly being held in front of the Colosseum and other places in Rome, Site Intelligence Group said.

One of the Twitter posts, published by Site director Rita Katz, appears to show a train station being identified as a target. Others show a metro station and police vehicles.

Pro#IS users circulating threatening pics allegedly from inside #Italy #Rome; claim to be “waiting for the zero hour” pic.twitter.com/RSx5auBXkV

Site has kept a close watch on the online activities of Isis and its supporters, with international media stating Site was the first to publish a video of the militant group beheading US journalist Steven Sotloff in September 2014.

Isis has in recent months made direct threats against Rome, prompting the Italian government to increase security in the capital.