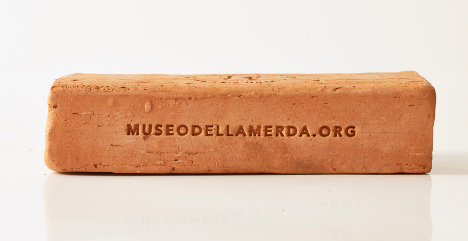 The Museo Della Merda will run from May to August. Photo: MDM

If you’re curious to learn all about human and animal excrement, then pop along to the Museum of Shit, which is being hosted at a farm in a hamlet of Castelbosco, in Piacenza province. The people behind the exhibition swear they're not just doing it for shits and giggles, but claim there's a serious purpose behind it.

We initially thought the story was nothing but a pile of crap, but a source at AR.CH.IT, an architecture firm founded by one of the curators, Luca Cipelletti, confirmed that it was true.

The idea was inspired by Gianantonio Locatelli, who runs the farm in Castelbosco, where the animals are said to produce 100,000 kilos of dung a day

Instead of letting the poop go to waste, Locatelli transformed it into a futuristic ecological and industrial project, according to the details of a press release.

The show, which was launched at Milan's Leonardo da Vinci Museum of Science and Technology on Monday, documents the history of excrement, from how it’s been used in construction in far-flung corners of the world, to the benefits that recycling it brings. The “modern-day and yesteryear experiences” on display will teach people “what a useful and living substance crap really is”, according to the press release.

Dung beetles, which survive partly or entirely on animal dung and were considered divine by Egyptians, will also be present. The beetle also features in the museum’s logo.

“Few phenomena are so rich in material and conceptual complexity as the cultural history of shit,” the press release continues.

The Shit Museum is described as an “agency for change” and a research institute that “houses documents and information on excrement in culture, technology and history.” The exhibition will be open on Saturday and Sunday, by appointment only, between May and August.

The museum might be a first for Italy, but it’s not the first in the world to host an exhibit of a similar nature. Last year, Tokyo’s National Museum of Emerging Science ran a show called ‘Toilet!? Human Waste & Earth’s Future’.

The show, which supplied visitors with poop-shaped hats, aimed to teach people about human feces and how the toilet works, as well as draw attention to the 2.5 billion people in the world who don’t have access to clean loos. Children were also able to slide down giant toilets.