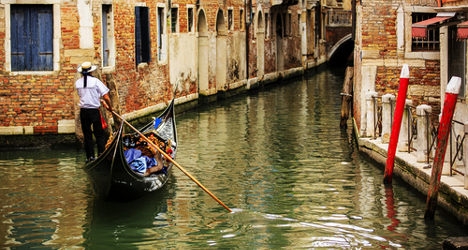 The pair will deliver the love letter by gondola. Gondolier photo: Shutterstock

The journey will comprise some 430km and the pair will travel around 80km per day, at a speed of about eight km per hour.

The pair have had a gondola specially restored for the occasion which has even been fitted with an Austrian flag.

The sender and recipient of the epistle are as yet unknown and the two are sworn to secrecy.

Rauscher first became fond of Venetian rowing two years ago, before purchasing his own gondola a year later.

Almost three decades later in 2006, the then 65-year-old swam from Chioggia and Venice, setting a new record.