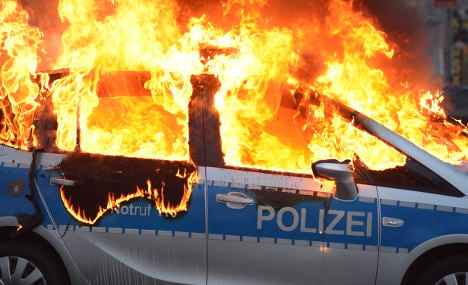 A police car burning during the violence. Photo: DPA

Federico Annibale has been in jail since his arrest during the violent protests against the opening of the new European Central Bank (ECB) headquarters on March 18th.

He will face trial charged with breach of the peace and causing serious bodily harm, state prosecutor Doris Möller-Scheu said.

Prosecutors allege Annibale threw paving stones and an empty beer bottle at police from a group of around 200 demonstrators and that a police officer was injured on his upper arm as a result.

Upon his arrest, more paving stones were found in his bag, the prosecutors allege.

The violence took place during demonstrations against the opening of the European Central Bank's new headquarters in down town Frankfurt.

Protesters burned cars, blocked streets and attacked police officers with bottles and stones. The police reacted with tear gas and by "kettling" groups of protesters.

Over the course of the day 350 people were injured, 150 of them police officers, and million of euros of damage was caused, said police at the time.

Twenty six people were arrested on the day of the protests. 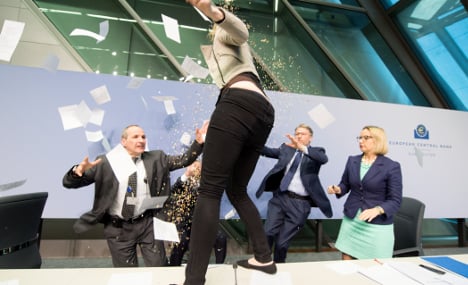