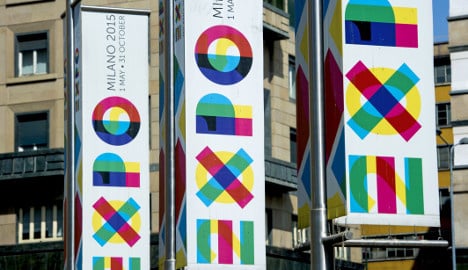 Expo Milano has the theme of: “Feeding the planet. Energy for life” and its emphasis is on building innovations and collaborations that provide sufficient healthy and safe food for the world’s population in a sustainable manner.

But the theme of sustainability leaves a somewhat bitter aftertaste in the context of what is a literal focus on consumption. After all, the Expo is a massive construction project and has a heavy emphasis on drumming up opportunities for global trade and consumption. It is attended by people who travel from all parts of the globe for the event.

Expo 2015 is by no means naïve about the possible contradictions raised by these conditions. For example, various efforts have been made to offset some of the CO2 emissions generated by all this activity. Expo 2015 has funded local projects with social and environmental benefits as one form of offsetting – and has assembled and made available detailed reports on its offsetting strategy.

Because such local projects are expensive, however, Expo 2015 has also pursued an offsetting strategy based on the purchase of credits on the international voluntary market. The message that a sceptical audience might receive is that whether or not excessive consumerism is a root cause of environmental degradation – purchasing power is the solution to that problem. Or, to put it another way, environmental pollution is OK as long as you are rich enough.

Adopting a sceptical take on the expo’s commitment to sustainability is made easier by the inescapable aim of the event which is, as always, to attract tourism which is, almost by definition, consumerist. As you could just as easily say for anything in our consumerist world, the Expo 2015 experience is attainable only for those who can afford it.

Expo 2015 has gone some way in attempting to mitigate for the wealth inequality of its participating nations, however. For example, it has introduced a new “cluster model”, which means that pavilions are not simply organised geographically with national pavilions, but also thematically.

In this new model, poorer states which don’t want to spend considerable amounts of money by having their own pavilion can participate in the expo through a themed one – for example in the areas of rice, coffee or fruit. For non-exhibiting visitors, Expo 2015 is marketed as an opportunity to have a foodie holiday, to be combined perhaps with a nice cooking class at a vineyard or an adventure tour with the whole family. Their associated pollution is not mitigated by expo-funded offsetting, however. The expo is hoping to attract tourists from around the world. EPA/Stefano Porta

The consumerism represented in the 2015 expo is not unique to Milan, but is recycled from previous world’s fairs. They were, after all, originally a way for empires to display the offerings of culture and consumer goods brought about by imperial expansion and technological progress.

This world’s fair continues a tradition of playing out an ideology that simultaneously insists on the unity of humankind and the uniqueness of national cultures. In pavilions, basic versions of national culture are simulated and put on display. These cultures are offered up as tasty dishes on a cultural buffet, where wealthy consumers can pick and choose the bits of culture that they like.

A visit to the Expo site becomes a real voyage of discovery of the planet’s myriad cultures: an unmissable and unique journey among peoples who have travelled from all around the world to offer visitors to Expo Milano 2015 their foods, cultures, traditions, and spectacular shows.

On this quest, each nation is served up in a neat and appetising cultural package and can be consumed one after another alongside the food themes on display: in the morning, we can taste and explore coffee, chocolate and fruit, in the afternoon we can sample and compare Bangladesh, Malta and the UK.

This world’s fair, like previous ones, is a visualisation of the apparently endless opportunities offered up by an entirely consumerist world. At the same time, it makes visible the limitations of such a world. The cultural forms on display are reformulations of one another and of previous fairs, in the way that they stick to the traditional pavilion form, or make references to previous exhibitions. They all replicate simplified examples of national culture being put on display.

In this way, the world’s fair promises infinite choice and a multiplicity of views – all of which is undermined through its very form. Sameness and familiarity, once again, contradict the promise of choice and genuine difference. The “national flavour” of pavilions may differ according to varying national resources, including desired outcomes and means to produce them. More profoundly, nonetheless, the format of the expo packages such difference in terms of equivalence, or variations on a theme.

In this, perhaps, the world’s fair captures and enacts one of the central contradictions of contemporary global society – our inability to engage with difference without falling back into consumerist equivalence.

Astrid Nordin is Lecturer in Politics and International Relations at Lancaster University.