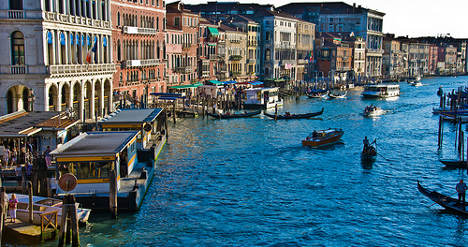 The 75-year-old had been taking photos of the couple on the Santa Maria del Giglio gondola dock when he lost his balance and slipped into the canal, hitting his head on the pier as he fell, Corriere reported.

A water taxi driver raised the alarm when he yelled 'man overboad!', alerting a young trainee gondolier, who rushed to help.

“I was some way off, being taught how to lock up a gondola by my boss, when I heard screaming,” Keven Fasan told Corriere.

“I jumped over six gondolas and with the help of a colleague and the couple, I tried to pick him up.”

But the man, who had already swallowed a lot of water by the time the group reached him, was too heavy too lift, the Fasan added.

Firefighters were soon on the scene, the newspaper reported, but failed to revive the man once we was brought to the deck.

“I was afraid,” Fasan said.

“I tried to do everything to save him, but couldn’t lift him."