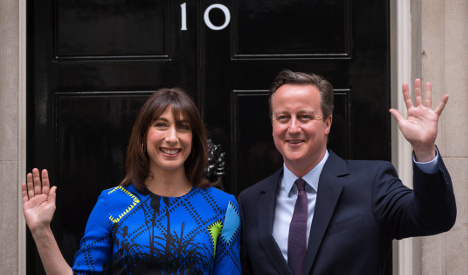 Conservative party leader David Cameron on Friday again promised a referendum on Britain's EU membership, which is likely to be held in 2017.

Gentiloni said an exit would be a “disaster” for Britain, but is confident it won’t happen.

“I’m confident that, with or without a referendum, London’s position will remain favourable to the EU,” he was quoted by Il Fatto Quotidiano as saying.

Financial markets welcomed Cameron’s win, but there are concerns, especially among British citizens living and working in the eurozone, about the ramifications of a potential exit from the EU.

If the UK does vote to leave, then many British people stand to lose jobs and their right to live across the eurozone, unless they’re eligible to apply for citizenship.

In Italy, a non-European is eligible to apply after ten years as a resident.

“I’ve been here for nine years and this has definitely got me thinking about applying when I’m eligible to,” *Michael, a British lawyer living in Milan, told The Local.

“I have children here, who are settled in school, and wouldn’t want the upheaval of being forced to leave.”

Jemma Prior, a reader of The Local Italy, said she applied for Italian citizenship last year as she was worried about the outcome of the elections.

“Thank goodness I have,” she added.

Others say they are all prepared to go for citizenship, but there is one thing holding them back: the notoriously slow and inconvenient Italian bureaucracy.

“I’m a resident and have been paying tax in Italy for the last 23 years. I’m also married to an Italian,” Sue Cable told The Local via Facebook.

“All my documents are sitting in a drawer ready for my application. So what’s the problem? The pathetic opening hours of the citizenship office…twice a week for two hours.”

Victoria Ammoscato is married to an Italian, but said applying for citizenship would depend on how a British exit from the EU would affect her business.

“I have to say, Italian citizenship is not something I aspire to having,” she added.

“I am proud to be British and would be sorry to lose my British passport. While I appreciate Italy and take the bad with the good, to be honest, I moved to Italy out of love for a person, certainly not the system. I’ve worked very hard to build a life here.”

Gareth Horsfall, a financial advisor living in Rome, said the EU had “opened up doors” for people like him to “live and work abroad”, and that an exit was “inconceivable”.

Brits elsewhere in the EU are also concerned they could be forced to return home.

"The prospect, for my family, is genuinely scary," Paul Connolly, a reporter in Sweden, wrote on The Local Sweden.

*Not his real name