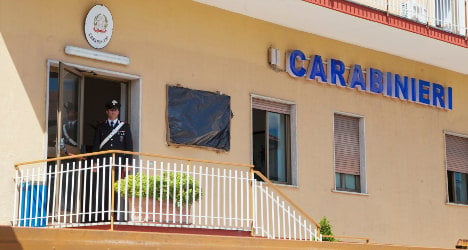 The new police facilities on Palermo's Via Bernini had been the safe house where Riina, nicknamed "The Beast" because of his cruelty, had holed up until his January 15, 1993 arrest after nearly 20 years of evading the police.

Known for both for his craftiness and cruelty while running the Sicilianmob, Riina is serving a life prison sentence for an array of crimes.

"The state won, and the Mafia has lost," said Alfano during the inaugural ceremony.

During the 1990s the Italian state stepped up its fight against theSicilian Mafia, aided by civilian judges leading investigations.

Despite the success of that offensive, the Cosa Nostra remains influentialin the economic and political life of certain areas.

The transformed police station has been christened with names of Mario Trapassi and Salvatore Bertolotta, two carabinieri slain during the 1983 attack that killed anti-Mafia judge Rocco Chinnici.