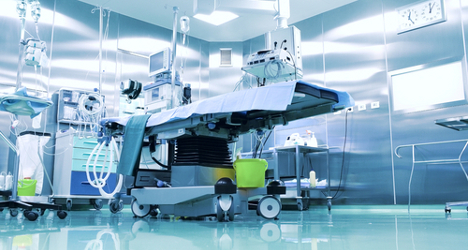 Doctors at the clinic then called for an ambulance, which took the woman to the Fatebenefratelli hospital.

The woman was admitted to the hospital's intensive care unit for a few days, during which she was in a coma. She died on Tuesday evening.

Lovorgna, who was married with a 15-year-old son, had worked as nurse for 20 years in the Urology department at Maggiore hospital in Lodi, a city south-east of Milan.

It is thought that an allergy caused her to go into anaphylactic shock.

An investigation has now been opened into her death and prosecutor Alessia Miele has ordered an autopsy.

PARTNER CONTENT
QUIZ: Can you guess the cost of healthcare in different countries?
Url copied to clipboard!